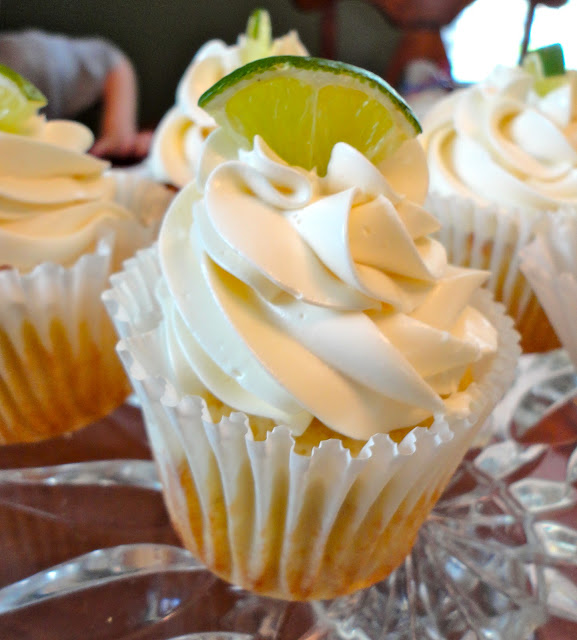 Pisco Sour is one of our Chilean flavors that identifies us world widely  and since the challenge for this month is "Chilean treats" I decided to tweak an American classic (cupcakes) and bring our delicious Pisco Sour flavor to the party.

Actually, the flavor is quite tasty.  Just simply imagine a soft yellow cake infused with Pisco sour and topped with an airy and smooth Pisco sour flavored buttercream... the result is simple delicious!!


Preheat the oven to 350ºF. Line a standard muffin tin with paper liners and set aside.

In a medium bowl, whisk together the flour, baking powder and salt and set aside.

In an electric mixer on medium-high speed, beat the butter and sugar together until pale, light, and fluffy (about 5 minutes).  Reduce the mixer speed to medium and add the eggs one at at time, mixing thoroughly after each addition and scraping the sides of the bowl then add the lime zest, lime juice, vanilla extract and Pisco. Mix until combined.

Reduce the mixer low speed and add the dry ingredients in three batches, alternating with the buttermilk in two batches. Mix only until just incorporated, using a rubber spatula to give it one last mix by hand.

Divide the batter between the muffin cups. Bake for 20 minutes or until just slightly golden and a cake tester (toothpick) comes out clean, rotating the pan at the halfway point.

Allow cupcakes to cool for 5 to 10 minutes, and then remove to a cooling rack. Brush the tops of the cupcakes with the 1 to 2 tablespoons of Pisco Sour. Set the cupcakes aside to cool completely before frosting them.

To make the buttercream, whip the butter on medium-high speed of an electric mixer using the whisk attachment for 5 minutes. Reduce the speed to medium-low, and gradually add the powdered sugar (sifted), mixing and scraping the sides of the bowl until all is incorporated. Give it a mix on medium speed for about 30 seconds. Add the Pisco sour, milk and salt and continue to mix on medium-high speed until incorporated and fluffy. If the frosting appears a bit too soft, add some additional sugar, one spoonful at a time until desired consistency is reached. Frost cupcakes and garnish, if desired, with a small lime wedge. 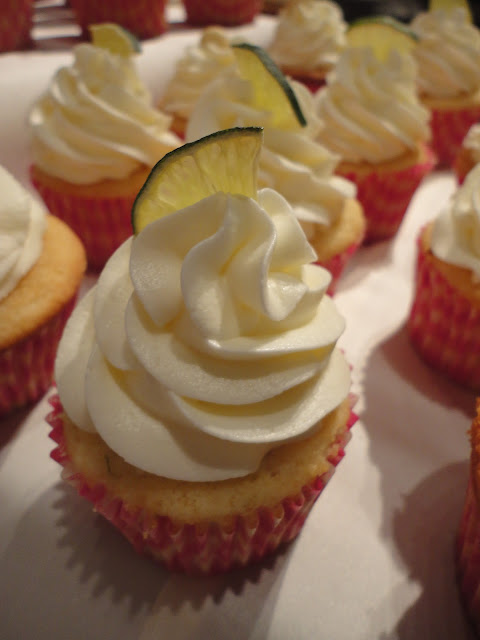 For more delicious Chilean treats made by amazing Chilean bloggers, visit "BRBC"
Posted by The Shulls at 12:32 PM