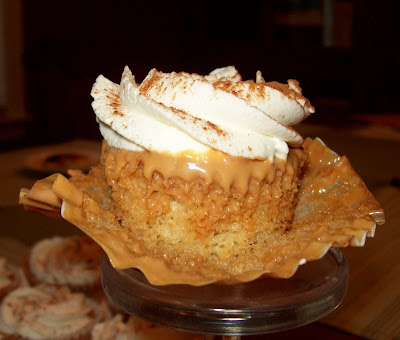 This is a delicious and simply recipe to wow your crowds! 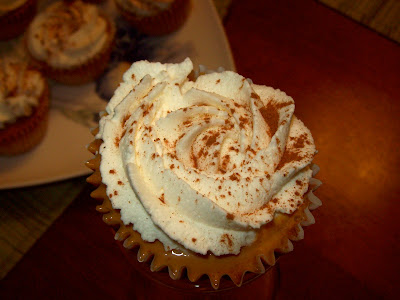 2. Divide batter evenly among lined cups, filling each halfway. Bake, rotating tins halfway through, until light golden brown, about 25 minutes. Remove from oven. Immediately poke holes in tops of cupcakes with a skewer.

3. Whisk together evaporated milk, condensed milk, and heavy cream. With cupcakes still in tins, brush milk mixture over cupcakes, repeating until all liquid has been used. Allow cupcakes to absorb mixture, at least 30 minutes (or up to 1 day in the refrigerator, wrapped tightly in plastic once completely cool; bring to room temperature before serving).

4. Whisk heavy cream until soft peaks form. Add confectioner's sugar, and whisk until combined. If not using immediately, whipped cream can be refrigerated, covered tightly, up to 3 hours in an airtight container. 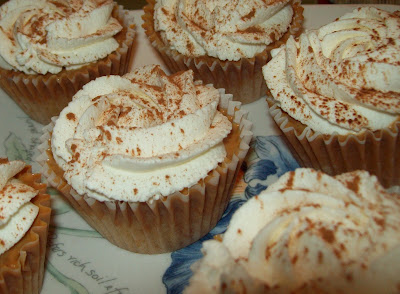 Source: Martha Stewart's Cupcakes
Posted by The Shulls at 9:19 AM