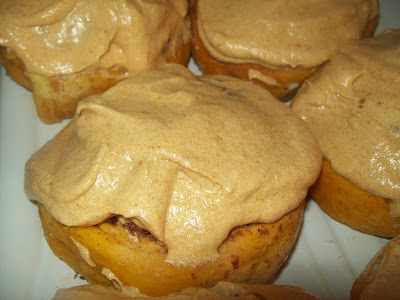 This is delightful recipe. I made these beauties sometime in October and didn't have a chance until now to post them, so maybe you want to give it a try for next Fall :)

In a small bowl, dissolve yeast in warm water and set aside. In a large bowl mix milk, sugar, melted butter, pumpkin puree, pumpkin spice, salt and egg. Add 2 cups of flour and mix until smooth. Add yeast mixture. Mix in remaining flour until dough is easy to handle. Knead dough on lightly floured surface for 5 to 10 minutes. Place in well-greased bowl, cover and let rise until doubled in size, usually 1 to 1 1/2 hours. 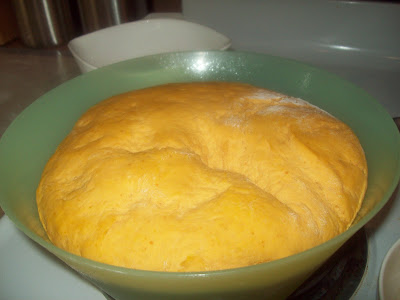 When doubled in size, punch down dough. Roll out on a floured surface into a 15 by 9-inch rectangle. Spread melted butter all over dough. Mix all the filling ingredients but the walnuts and sprinkle over buttered dough. Sprinkle with chopped pecans. Beginning at the 15-inch side, role up dough and pinch edge together to seal. 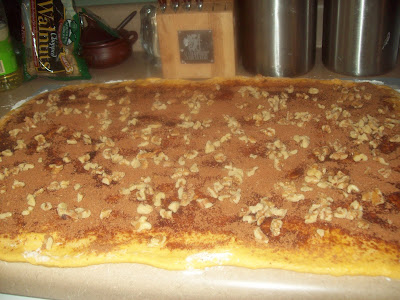 Cut into 12 to 15 slices. Place cinnamon roll slices close together in the pan and let rise until dough is doubled, about 45 minutes. 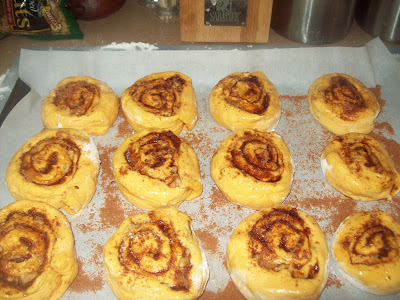 Bake for about 30 minutes or until nicely browned. 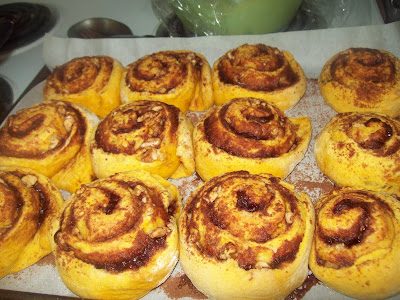 Meanwhile, cream the cream cheese and butter until well incorporated. Add the pumpkin and spices (dried and liquids). Add the powder sugar by half cup of it at a time, until you reach the desired consistency. The frosting should be soft, smooth and very creamy. Cover the rolls while they are still warm.